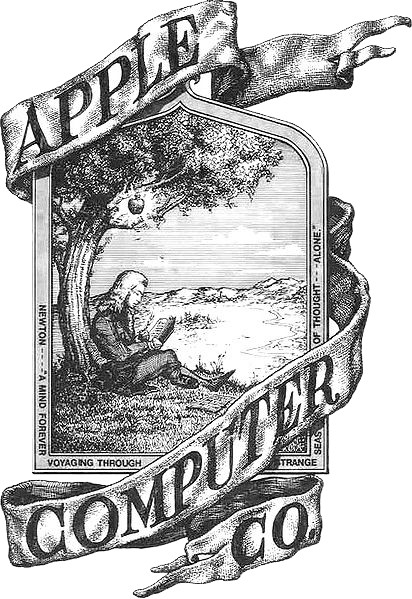 Apple is a Multi-National Corporation and one of the biggest brands of Technology society.  Apple Inc. is an American multinational Technology company. Apple Inc. has it headquarter in California that develops and sells computer software, Electronics and online services. 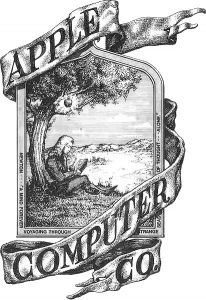 In Today’s Technology world along with Google, Facebook and Amazon, Apple is one of the big four of Technology.  In the year 1976 vast personalities like Steve Jobs, Steve Wozniak and Ronald Wayne took a step forward to their dreams and made Apple.  In 1980 Apple got instant financial success, and today Apple is well known for its revenues and Big Brand fame.  In August 2018 Apple became the first public US company to be valued at over 1 trillion dollars. Apple has their retails stores in more than 24 countries and ranked as the world’s most valuable brand. Today Apple’s have more than 1.5 billion products actively in use worldwide. Apple’s has their best of origins of source materials, research and innovative works with a high level of brand loyalty.

Apple is on the world’s top list of the most significant information technology company in revenue. The first iPhone was introduced in 2007. However, after Samsung and Huawei, Apple is the world’s third largest mobile phone manufacturer.

In the year 1976 MOS Technology Inc. a semiconductor design and fabrication company released their 6502-microprocessor chip. Steve Wozniak written a version of a high-level programming language BASIC and then started to create a computer for it to run on. He completed the machine, and he met his old friend Steve jobs who was interested in making a commercial market for small devices. Later Steve Wozniak, Steve Jobs and one of their friend Ronald Wayne United and designed Apple I, a desktop computer in 1976. Wayne soon drooped out the company, but Wozniak and Jobs worked together and made Apple II, Apple III, Apple IPO and the IBM PC, etc. Soon Apple became a big Success.

In 1985, due to some issues Wozniak departed apple amicably and remained an honorary employee while Jobs a and others resigned to found Next. In the time of ’90s, Apple lost market shares and company recruited CEO Gil Amelio to rehabilitate the financially troubled company. Atlastin 1997 CEO Gil Amelio led apple to buy Next, bringing Jobs back and solving the desperately failed operating system strategy. In 2000 Jobs pensively regained leadership status and become CEO. In the year 2007 Steve Jobs shifted company’s focus towards consumer electronics and launched the iPhone to great critical acclaim and financial success and renamed the company’s name to Apple Inc. reflecting the new missions of Apple.

Sadly Steve Jobs separated from Apple and later from the world in 2011.

In 2011, Steve Jobs got some severe health complications, and in August Tim Cook became the new CEO. After two months Jobs died, making the end of the era for the company.

The Revolutions History of Apple

Here is the list of 17 Revolutions that rocked the Tech World. 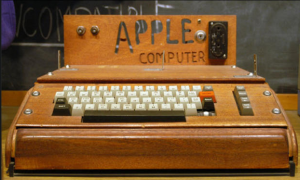 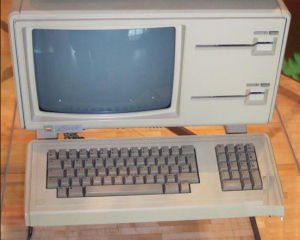 Steve Jobs and Steve Wozniak launched the first Apple computer in April of 1976. Soon after that followed the Apple II in 1977, it was initially a “total package”, a Monitor that a man can bring home, plug in, and go. The Woz has of the charge that is tech, but Steve Jobs offered something more as he had the Vision for something big.

The Lisa Set booted Steve Jobs, but he got the ball rolling with his stroll/deal with Xerox. It has got the Graphical User Interface in its way that was not cheap at that time. 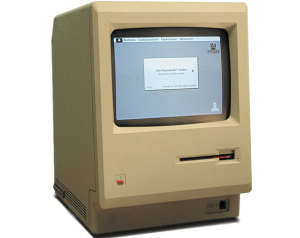 It was an evolution for the people and it brought a complex system like GUI (Graphical User Interface) to the common people.

Steve was encouraged to depart Apple; he helped deliver the world the capacity to generate printing and design. Even the Mac, Postscript, AppleTalk, PageMaker, and also the 300dpi goodness of LaserWriter enabled the masses to make fantastic (or brassy) designs, ushering in desktop publishing. DTP technology begets and could morph internet publishing technologies now, we all continue to enjoy.

It began the tendency towards the Market Share of the pc business, and the injection of high style into desktop computers. Style issues, which started with the iMac. It found the port and also brought the death of the floppy disk. It made getting on the Web an effortless and regular feature.

Apple comprised networking (802.11b and its successors) together with the debut of the iBook using Airport (now commonly known as Wi-Fi). This made wireless commonplace and popularized. Currently, wireless technology permeates the majority of our gadgets such as Bluetooth, NFC, etc.

It brought about the electronic audio revolution and created a computing apparatus that was digital and ended the culture of audio players.

iTunes changed music business, curbed music piracy by giving users a legitimate way to procure quality music, and created entirely new digital ecosystems. iTunes revolutionized by enabling users to purchase music on the internet and have it appear in their personal computer and devices, trade and product/media supply.

Everything now is a replica of this iPhone; Android apparatus began as Blackberry knockoffs. After viewing the iPhone, Google shifted gears into iPhone knockoffs. This apparatus caused the cellphone boom of the past several decades. Also, the signature interface was popularized by it. We’d nevertheless be digging option menus that are inane using keyboards that are crappy but with this convergence progress. Last, iPhone mainstreamed communications and computing.

Construction on the iTunes Music Store, the App Store revolutionized the distribution of software on mobile devices. Mac App shop, iBook and other outlets precisely the same assumption, interrupting distribution versions and businesses. 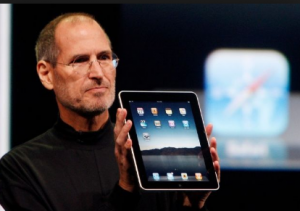 Construction on the bases of the iPhone, Apple scaled the signature interface to get iPad, enabling computing jobs in a device. All of the geniuses phoning the iPad an iPod signature are crucial of Android tablets which have embraced a similar version. Despite having lots of time to replicate the iPad, Android tablets suck on, and the media fanboys generally find approaches to pan the iPad and protect the condition of Android tablet computers. Maybe having their noses rubbed to being so wrong about the iPad provides them with a need. Steve Jobs transitioned in a different category of technologies using iPad.

It was a matter of concern as when Steve Jobs died in 2011; everyone thought that Apple will lose its hold on Research and Development. But under the vision of Tim Cook here is the List of Advancements that made Apple the Star of Technology in 2019.

Siri was the real revolution Founded from Steve Jobs. Siri attracted actual voice-to-computer interactions that were Sci-Fi/Star Trek-like, and it created the idea of personal digital assistants. It was published and readily available as a characteristic of this iPhone 4S.

Fingerprint subscribers existed on various Laptops and phones before TouchID (released with iPhone 5S), this technology brought fingerprint readers (i.e.  (biometric tech) into the mainstream. Even better it increased reliability with an integrated, dedicated, secure enclave even Apple cannot read (for added security).

Apple Pay Wallet attracted the world towards the Digital payment methods that we enjoy today. Coupled with TouchID, it created more straightforward and complex e-wallet payments super secure and honest. Payment protection increased after this technology.

CarPlay created frequent and introduced the Ability to overlay the infotainment bunch of your car with your iPhone port and information. Automobile manufacturers supplied no growth skills to infotainment bundles and satellite. Not unlike telecom firms before iPhone, automakers steadfastly controlled car infotainment systems to the detriment of everyone involved. The business cracked and ushered which the software qualities in their telephones are within their automobiles.

Apple Watch may be a line of smart watches that are designed to perfection. They are manufactured and developed; under the marketing by Apple INC. Apple Watch depends on a wireless affiliation to an iPhone to perform several of its default functions like calling and texting.

It can also provide constant sensor monitoring possible including accurate healthcare data via ResearchKit and CareKit.

For nearly 30 years Steve Jobs continued to make efforts in Technology to make Apple what it is today. Apart from him, Tim Cook has also managed to make his reputation in the world of technology to be a pioneer in Visionary Thinking. Apple is a brand that not only has an inspirational Journey but also has a lot of value in its customers, and it is going to be that way for a long time.