tech
December 30, 2018January 11, 2019 Lovish 0 Comments
Spread the love
Evolution generally takes thousand of years but in the case of smartphones, its taking place with every new launch. If we study the updates from the last 5 years, we would notice that most of the modifications are done in only one part of the smartphone and that’s its screen. Two years ago we used to see changes in the screen type like there were LCD, OLED, AMOLED, and Super AMOLED. But, currently, changes in the screen are intended to improve the entire front panel and enhancement of display. Notch screen and bezel-less screen are the latest terms currently going through this phase. Both of the terms are used interchangeably but there exist some differences that most of the people are unaware of.

Let’s get deeper into what notch and bezel-less means?

Notch and bezel-less are the two technical terms that are used interchangeably at times, but they do not mean the same. The notch in simple means, a small stripe or a spot at the top of the screen that accommodates components like front camera, flash, sensors, speaker etc.
Bezel-less, on the other hand. In short, whatever you see besides the screen at the front panel is a bezel.

Notches were introduced with the launch of Essential phone in August 2017 which caught much attention in the market. But after the launch of iPhone X, the popularity for notches really hit the roof. Now we can see every smartphone is going for the notch.
Well, in the case of bezel-less smartphones, there’s no one truly bezel-less smartphone yet because of the smartphones launched recently have some amount of bezels in them. The first smartphone that started this trend was actually the Sharp Aquos crystal which was launched in 2014. 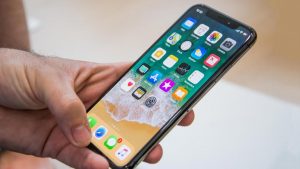 What do you think?

There is a little bit of bezel on both the types of smartphones, but at least for me personally, the notch gets really annoying when watching videos or using apps that do not support it, at least in the bezel-less ones there is no weird kind of cut-off area on the end of the video. I know we can watch around it, but the notch really looks weird and the video cannot be scaled properly and ends up looking small.
I think all the companies should show some more innovation and not just copy Apple’s design.
That’s it from my side. If you have any other opinions or have any queries, please write down in the comments section.